Major indices rise for third consecutive day as valuations approach 2000’s levels. The S&P 500 and Dow Jones Industrial Average rose for a third consecutive session yesterday as markets once again shrugged off nationwide protests (and conversely fears that mass protests may result in a resurgence in COVID-19 infections). The two indices would climb higher by 0.82% and 1.05% respectively while the VIX or “Fear Index” declined to 26- its lowest level since the outset of the global pandemic. This morning, rates and  global equities are higher once more, the latest rally stretching valuations to levels not seen since the dot-com bubble. 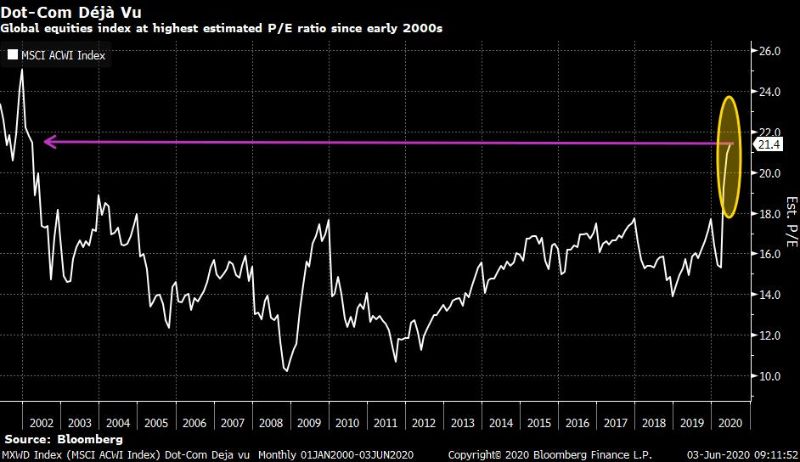 Private payroll data shows better than expected decline in jobs while CMBS delinquencies rise. U.S. companies lost fewer workers in the month of May than forecasted, business payrolls falling by 2.76 million vs. forecasts that had called for a decline of 9 million. While the labor market appears to be bottoming, Trepp (a CMBS data provider) showed the largest ever monthly increase in delinquency rates in CMBS. Delinquencies jumped 4.81% to 7.15% in the month of May, well above forecasts. Hotels and lodging saw delinquency rates of 19% (up from only 3% in April) followed by retail properties that saw delinquency rates of 10%. Other CMBS property types like multifamily, office and industrial remain sub 5%. 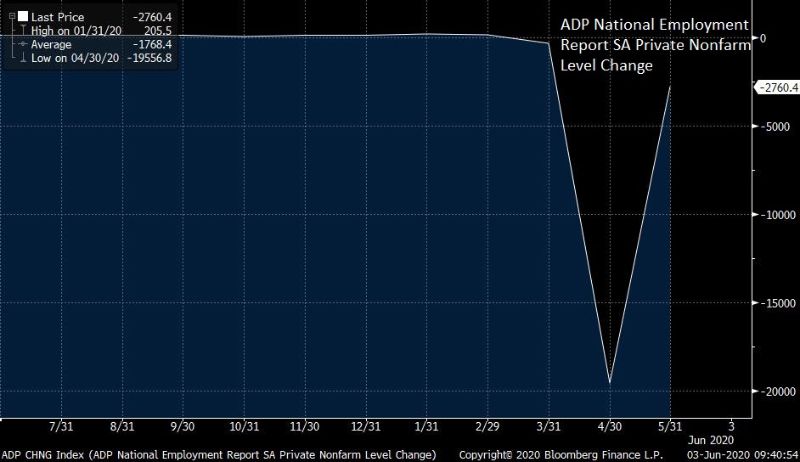 Day ahead.  PMI figures for May will be released later this morning, with economists expecting a rise from April’s 36.9.  The ISM nonmanufacturing index for May is also forecasted to rise from April’s lows but is expected to remain below the threshold of 50 indicating an ongoing economic contraction.  Factory orders for April are expected to decline by over 2%, as supply chains were heavily affected due to the virus.