Jobs report beats expectations, payrolls rising more than expected while wages climb. This morning’s nonfarm payrolls report showed the US added 1.8M jobs in July vs estimates that had called for an increase of 1.5mm. Wage growth also surprised to the upside, earnings rising 0.2% month-over-month against forecasts that had called for a decrease of 0.50%. Finally, the unemployment rate fell to 10.2% from 11.1%, though it came amid a drop in labor force participation. Job gains came mainly in the hospitality, government, retail, professional, and health care industries – all sectors that were hard hit at the beginning of the pandemic. Treasury yields and swap rates are little changed despite the strong report- the 10-year Treasury yield slipping lower by 6/10ths of a basis point to 0.53%. 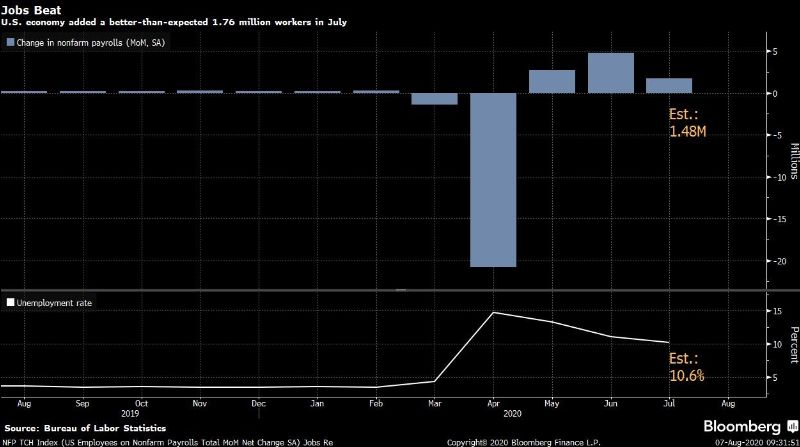 Risk assets continue their climb on hopes Congress will strike a deal by the weekend.  The White House and Democrats are facing pressure to meet their own Friday deadline to agree on stimulus terms.  President Trump is prepared to take executive actions for a number of benefits if a deal is not struck, tweeting Thursday morning, “I’ve notified my staff to continue working on an Executive Order with respect to Payroll Tax Cut, Eviction Protections, Unemployment Extensions, and Student Loan repayment Options.”  The optimism pushed stocks higher for a fifth consecutive day — the S&P 500 and DJIA closing 0.6% and 0.7% higher while gold continued its rise, closing 1% higher to hit another record. 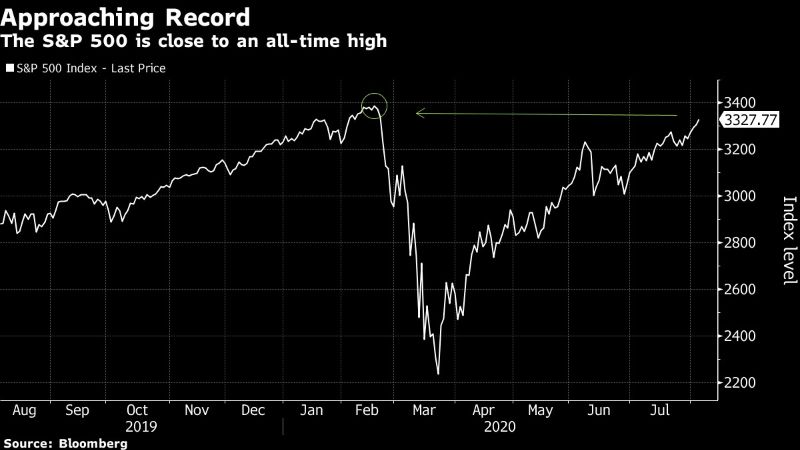 FX Friday.  With the July payroll numbers surprisingly positive, the dollar stabilized against major currencies heading into the Friday market open in the US, before appreciating further. Rhetoric from Secretary of State, Mike Pompeo, urging US tech firms Apple and Google to remove Chinese apps from their stores, will continue to strain US-China relations, putting pressure on market sentiment but may reinvigorate haven status for the dollar.  Across the pond, the UK furlough scheme (akin to the stimulus and job protection programs here in the US), is under threat of not being renewed for the Fall, with UK Chancellor Rishi Sinak indicating a wind down of the program to continue on schedule in October.  This will add to the downward pressure on GBP in the coming months after a summer that saw pound sterling appreciate against the greenback.  The dollar’s haven status is being reaffirmed against the Euro this morning.  Germany reported better than expected Factory orders, rising 27.9% versus the expected 10.1%. Additionally, construction PMI figures jumped 5.8 points versus last month to a July figure of 47.1. However, markets discounted these factors against the backdrop of the strong payroll data in the US. 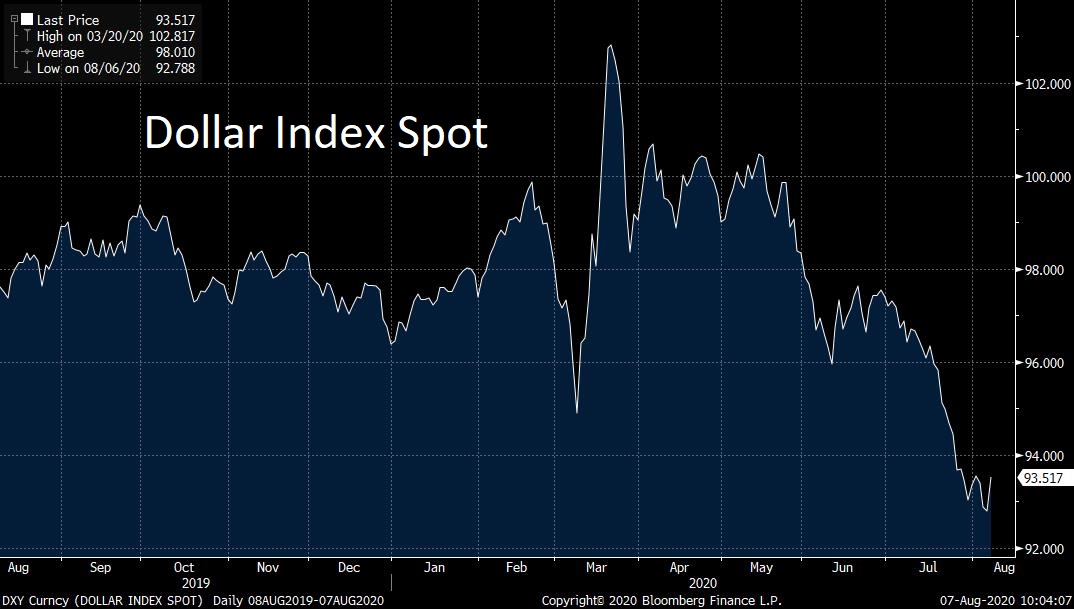