Rates fall to record lows, haven assets rise as next round of stimulus remains in limbo. Swap rates and Treasury yields fell dramatically across the curve as investors fled to haven assets. 5-year and 7-year Treasury yields fell to all-time lows at 0.19% and 0.36% respectively while the 10-year fell to 0.54%. Despite the dramatic rally, interest rate volatility remains suppressed- the MOVE Index sitting near YTD lows at 44.1. Gold, another haven asset, rose dramatically- closing above $2,000/ounce at all time highs. US equities paradoxically ended higher as well- the S&P 500 rising on the day, with futures pointing towards another higher open. 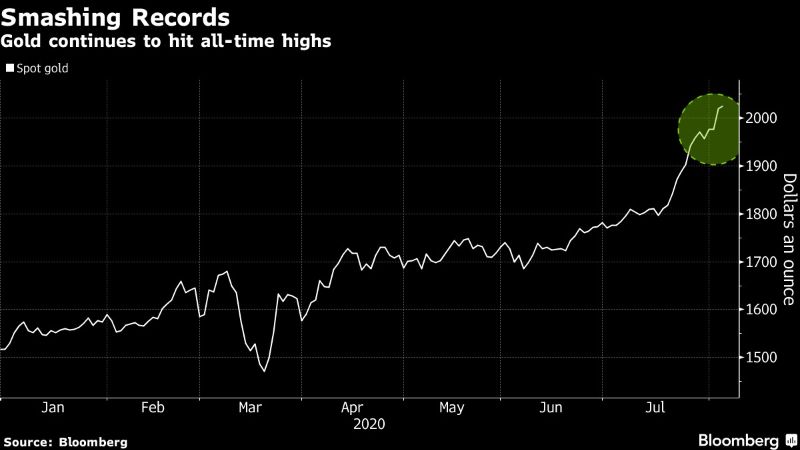 Markets await next stimulus package.  After yesterday’s meeting, Treasury Secretary Mnuchin and White House Chief of Staff Mark Meadows compromised with Democrats and have agreed on a number of policy items like extending PPP loans for small businesses.  Democrats and the GOP also came to a consensus on the direct $1,200 checks, with both sides agreeing another round is necessary.  Congress seems to be close on a decision on the divisive Democrat-backed $600-a-week program, with Senate Leader McConnell commenting, “Wherever this thing settles between the president of the United States and his team that have to sign it into law, and the Democrats — not insignificant minority in the Senate and the majority in the House — is something I’m prepared to support, even if I have some problems with certain parts of it.”  Other than those benefits, Democrats and Republicans continue to disagree on a host of items like state funding, payroll taxes, and liability insurance for small businesses.  Despite the disagreements, Mnuchin commented that Congress is “going to try and reach an overall agreement, if we can get one, by the end of this week, so that the legislation could be then passed next week.”  If there is no deal, President Trump mentioned he will attempt to take executive action to fund unemployment benefits himself. 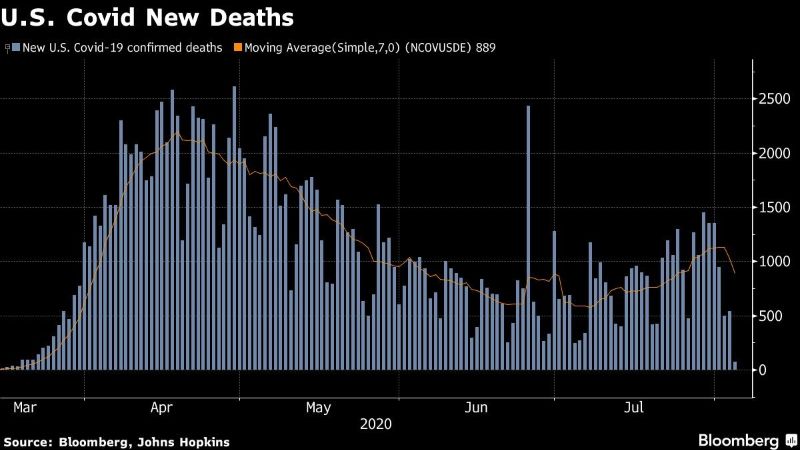 Private payrolls rise less than expected.  According to the ADP employment report released this morning, private payrolls increased by 167,000 jobs, dramatically lower than June’s 2.369M job growth.  The July figure was significantly lower than economist expectations, which estimated a 1.9M increase.  The national employment report from ADP represents around 400,000 businesses with a total of 23M employees in the private sectors.  The report shows that large businesses gained the bulk of employees at 129,000, with the service sector beating out the others at 166,000 jobs.  Despite the job growth, Ahu Yildirmaz, co-head of ADP research, commented, “The labor market recovery slowed in the month of July.  We have seen the slowdown impact businesses across all sizes and sectors.” 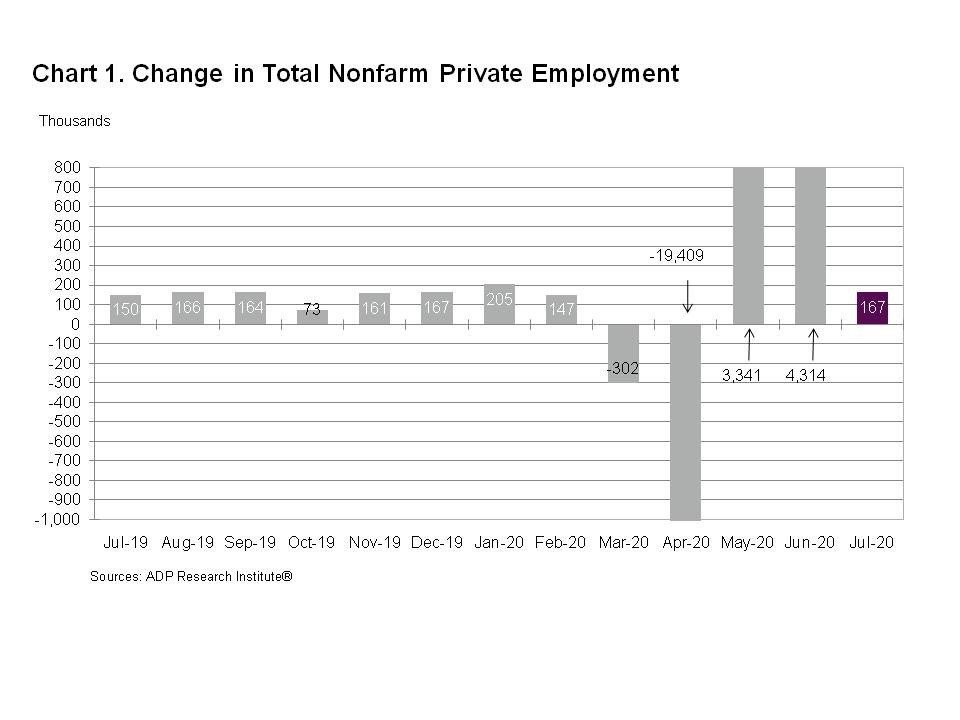