Rates rebound off all-time lows despite continued gridlock in stimulus negotiations. Enhanced unemployment benefits remain a sticking point in negotiations between Congressional Democrats and Republicans- the Trump administration now suggesting that they may extend unemployment benefits themselves if Congress doesn’t come to an agreement shortly. The Senate will recess beginning on Friday, the same day nonfarm payrolls data will be released. Despite the pessimistic news flow, rates rebounded after last week’s rally- the 10-year Treasury yield climbing to 0.55% while equities eked out a positive session as well. 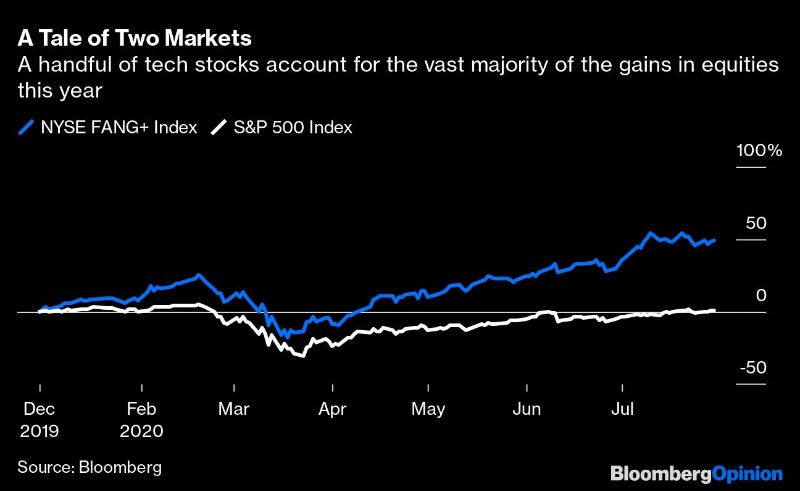 US manufacturing activity rebounded in July.  The ISM manufacturing index rose from 54.2 in July, rising from 52.6 in June.  A figure over the 50s indicates an expansion in activity.  The ISM attributed the rise to new orders, production, and employment increases.  With new orders jumping to 61.5% from 56.4% and production rising to 62.1% from 57.3% last month, the figure beat economists expectations.  Despite the rise, economists are concerned that the growth may not be able to be sustained as virus cases continue to spike around the country. 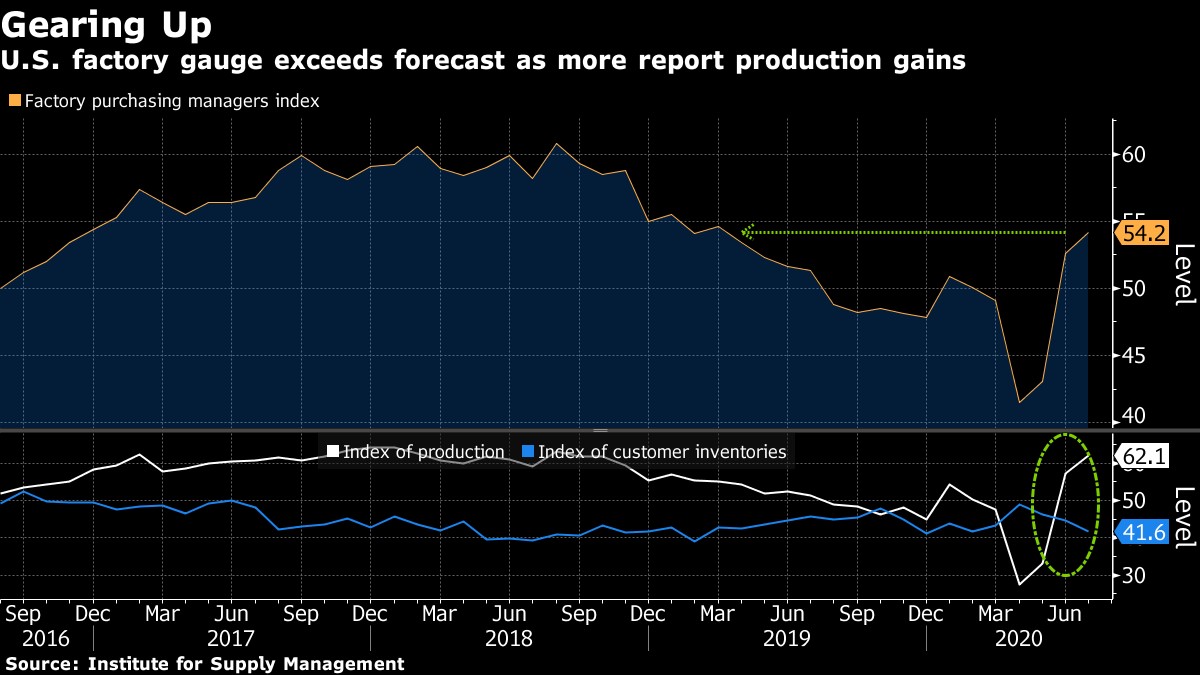 Fed officials agree on increased Congressional fiscal support.  With Monday’s schedule full of Fed speakers, a common theme remained fiscal aid.  Across the board, Fed speakers agreed that unemployment benefits need to remain active. Richmond Fed President Thomas Barkin commented, “Four months ago, when we did the first stimulus, we thought the economy faced a pothole and the stimulus put a plate over it so we could navigate. Now escalation of the virus may be making that pothole into a sinkhole and creating a need for a longer plate.”  Without the added aid, many Fed officials believe consumer spending could plummet once again, with Chicago Fed President Charles Evans warning, “aggregate demand trouble is brewing.”  Despite agreeing on most points, Dallas Fed President Robert Kaplan and St. Louis Fed President James Bullard disagreed with Minneapolis Fed President Neel Kashkari’s comments over the weekend.  Kashkarki is advocating for another “hard” shutdown to speed up the economic recovery process, but Kaplan and Bullard find it unnecessary.  To prevent an economic depression, the two leaders urge consumers to resume business as normal with masks, with Kaplan adding, “I think we are going to have to learn to live with the virus.  We are going to have to learn to re-engage in our daily activities but still control the virus.”