Rates and futures both climb despite expiration of unemployment benefits. Enhanced unemployment benefits expired over the weekend with Congress unable to strike a deal on an extension of the $600/week unemployment stipend. Covid-19 cases continue to surge in the US, Minneapolis Fed President Neel Kashkari suggesting over the weekend that another “hard” lockdown may be necessary to curb the infection rate. Despite the bevy of concerning news rates are 3-5 basis points higher across the curve, equity futures pointing towards a higher open as well. 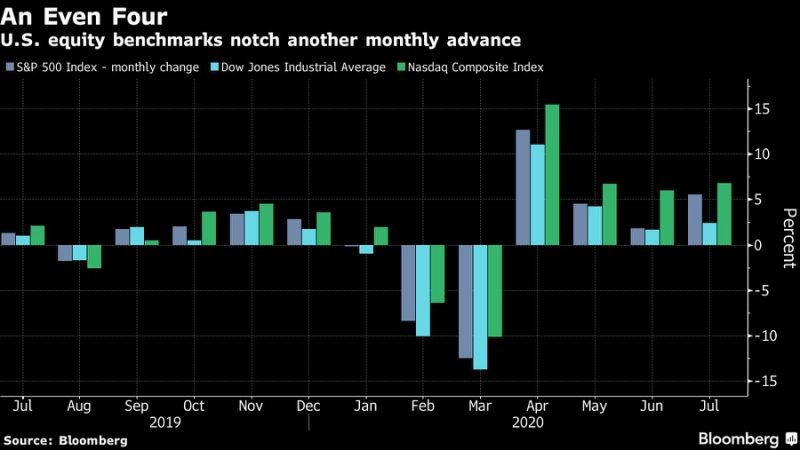 Trump administration set to announce measures against Chinese-owned companies.  US-China tensions are threatening to flare up once more as the US administration plans on limiting the number of Chinese companies operating in the US.  The latest company under fire is Chinese-owned TikTok, with the administration poised to announce more names “in the coming days.” Amid that backdrop, the US is quickly approaching its self-imposed deadline for additional sanctions against China (mandated by the Hong Kong Autonomy Act). While the scope of the new sanctions remains unclear, there is a chance the US will restrict USD funding for Chinese corporates and banks.

Week ahead.  Later this morning, the ISM will release US manufacturing data for July, which economists expect to rise from its previous levels.  This could be the third straight month of improvement as businesses reopened after shutdowns ending in June.  Economists will keep a close eye on initial jobless claims published on Thursday after the figure rose for two consecutive weeks following an almost four month decline.  The jobs report will be released on Friday, with economists forecasting a drop in the unemployment rate.  The current consensus hovers around 10.5%, falling from last month’s 11.1%.