Risk assets continue to reach new highs.  US stocks ended last week at record highs after Fed Chair Powell signaled the Fed will continue its accommodative monetary policy and let inflation run above its 2% target.  The news propelled the S&P 500 higher — the index closing up 0.7% to hit another all-time high for the sixth consecutive day.  The Nasdaq continued its climb to close at another record high while DJIA joined other indices and erased its 2020 losses.  Treasury yields and swap rates closed moderately higher on Friday.  Yields are trading 1-2 bps higher across the curve this morning. 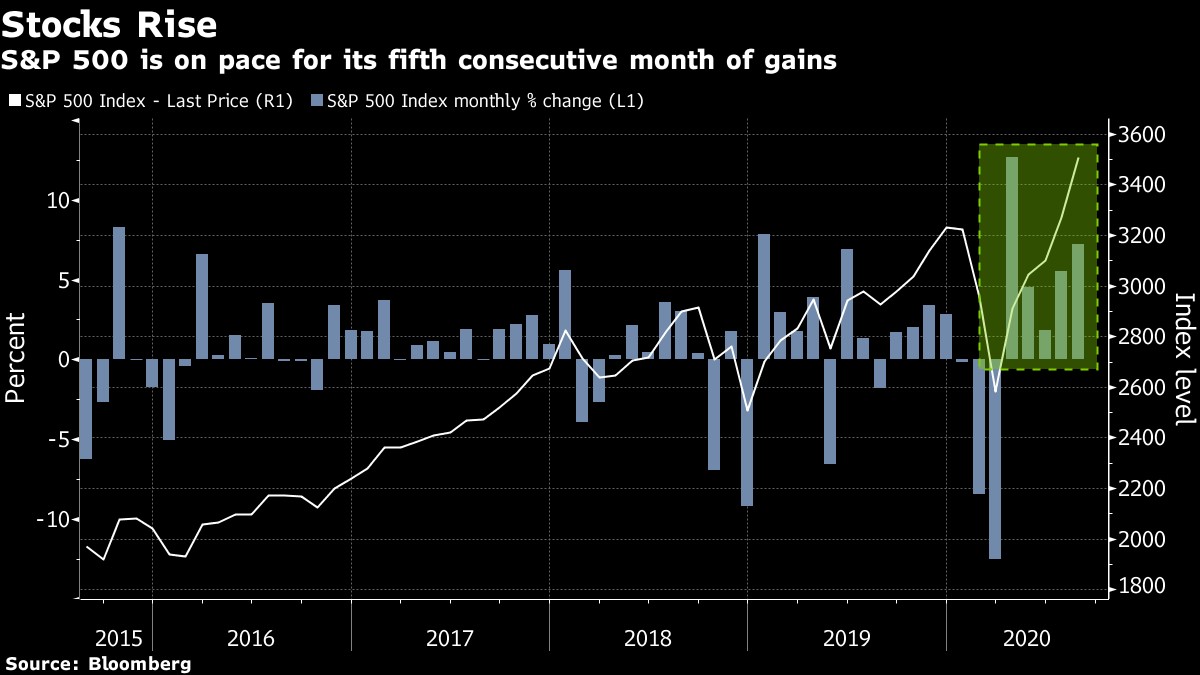 Officials have opposing views for the Fed’s inflation strategy.  A day after the Fed announced its new monetary policy strategy of allowing inflation to rise above the 2% target, Fed speakers differed in opinions of just how much inflation they are aiming for.  Dallas Fed President Kaplan believes inflation should run no higher than a little bit over 2%, capping it at 2.25%.  He added, “I still think price stability is the overriding goal and this framework doesn’t change that.”  St. Louis Fed President Bullard had a different target in mind, commenting, “Inflation has run below target, certainly by half a percent, for quite a while, so it seems like you could run above for a half a percent for quite a while.”  While Philadelphia Fed President Harker did not set a specific target, he believes that “velocity,” or how fast inflation is creeping up to a pre-determined target, should be the metric to guide the new strategy.  During the Economic Policy Symposium, officials failed to specify how exactly the new monetary policy strategy would be rolled out and whether it would lead to the Fed expanding its balance sheet or forward guidance. 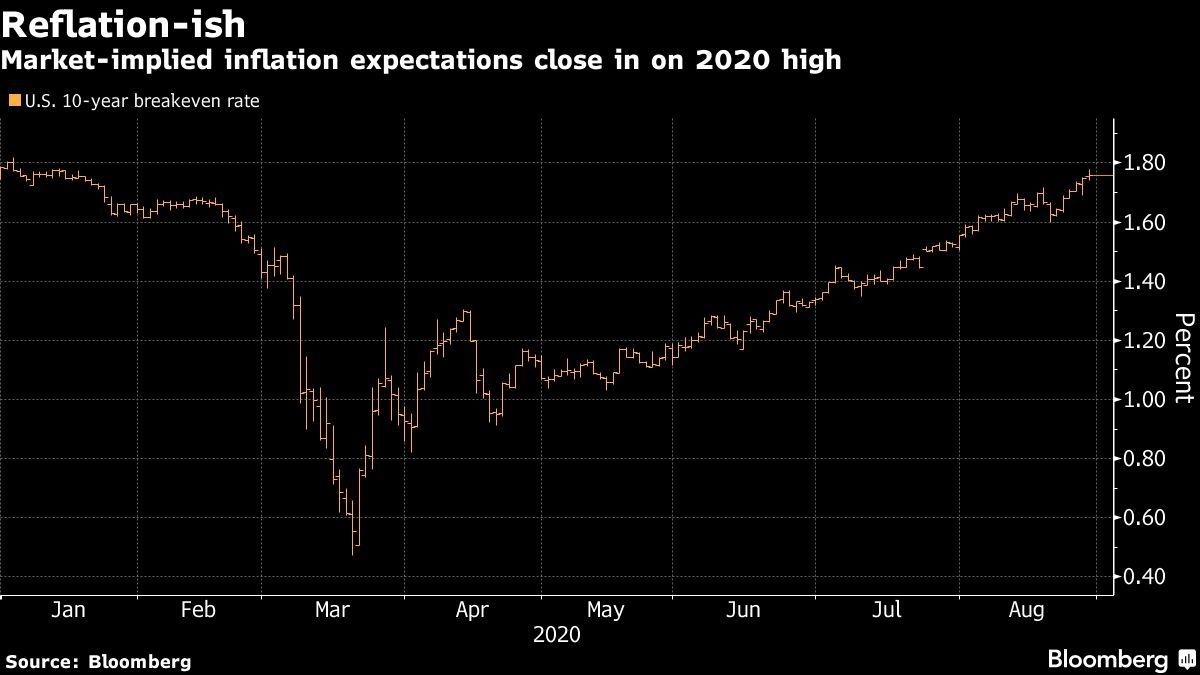 Week ahead.  Tomorrow, US manufacturing data for August is expected to show a slight uptick in activity, pushed higher by a rebound in export orders after the widespread supply chain disruption earlier in the pandemic.  On Thursday, initial jobless claims are projected to fall for the week ending August 29.  Last week, claims fell only slightly to 1M from 1.1M the week before.  The August jobs report will be published on Friday, with economists forecasting the unemployment rate will remain in the double digits despite employers having added an estimated 1M jobs this month. 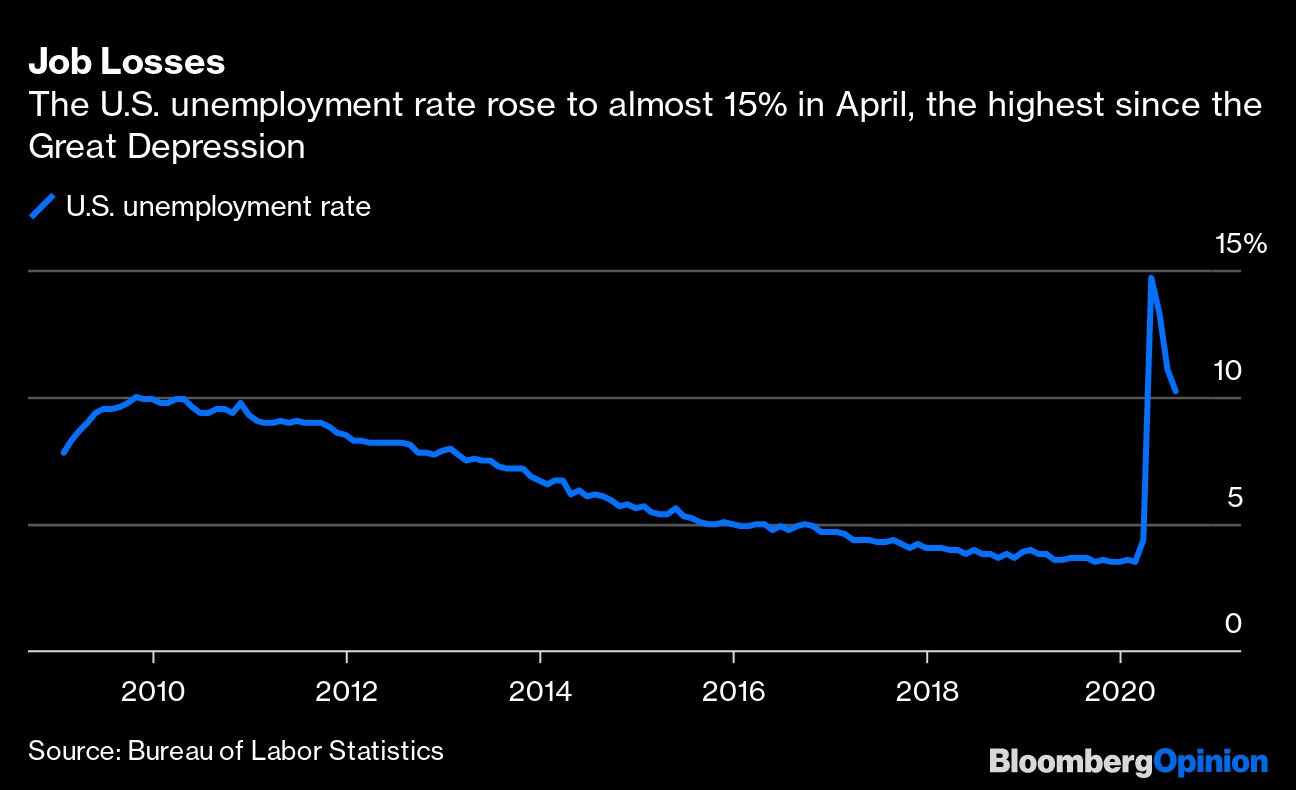