Stocks conclude best month since the beginning of the pandemic.  After plummeting in March, major indices have risen for the past few months to erase their 2020 losses.  Over the course of five months, the S&P 500 has risen 35%, its largest gain over such a span since 1938.  In August alone, the index rose 7%, closing out its best August since 1986. The DJIA has yet to beat its all-time high set in February, but risen 7.6% over the course of the month.  Yesterday, the Nasdaq closed at another record high, pulling its 2020 gains up to 31%.  Following in suit with the risk-on sentiment, US Treasury prices declined during August with yields/swap rates climbing 10-20 bps across the curve in a bear steepening pattern.  As of yesterday’s close, the 2y10y spread widened out to 52 bps.  UST yields are 1-2 bps higher across the curve this morning. 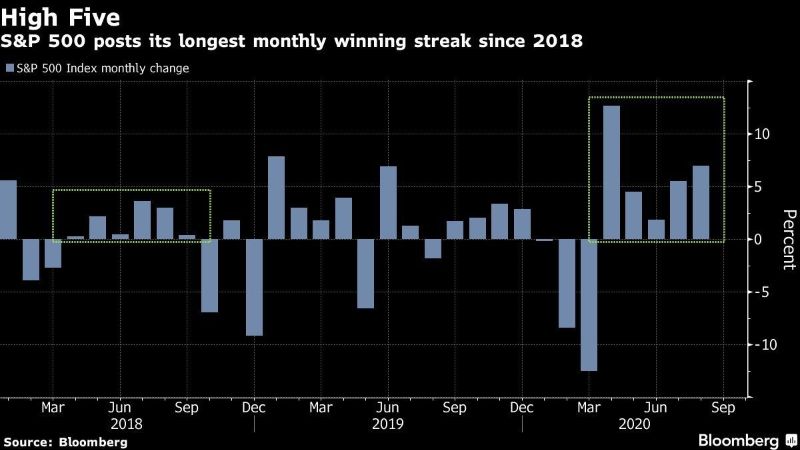 Vice Chair Clarida keeps yield-curve control as an option for the Fed.  Though Clarida believes that yield curve caps and targets are not appropriate for the current rate environment, the Fed could make “refinements” to its Summary of Economic Projections and use it in the future.  Though Clarida failed to provide more details about the Fed’s inflation strategy, he provided color on the Fed’s thoughts regarding their balance sheet expansion.  He commented, “We believe that forward guidance and large-scale asset purchases have been and continue to be effective sources of support to the economy when the federal funds rate is at zero.”  He believes the FOMC will begin refining guidance and adjusting monetary policy to include their new inflation strategy after the September 15-16th meeting. 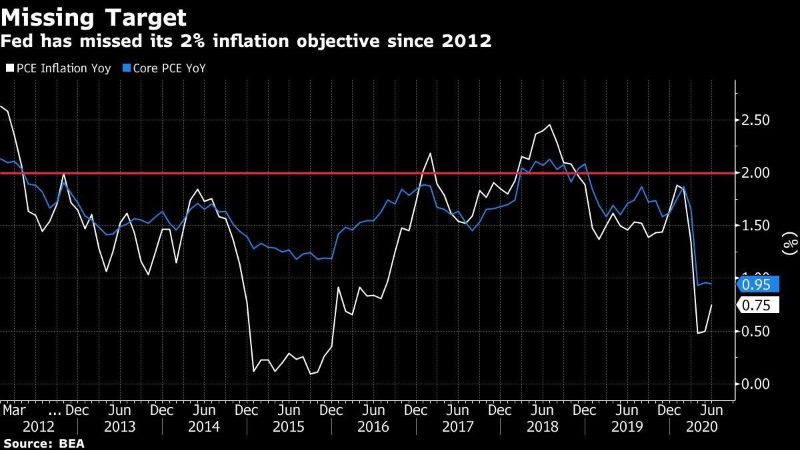 Japan Prime Minister Shinzo Abe is stepping down.  After more than 8 years in office, Abe has chosen to step down.  He is known for championing an aggressive monetary policy strategy that kept rates low and the economy flush with cash, allowing the yen to fall to a maintained level that encouraged global purchases of Japanese goods.  The news over the weekend came as a surprise, pushing the USD/JPY to a high of 106.10 during yesterday’s trading session. 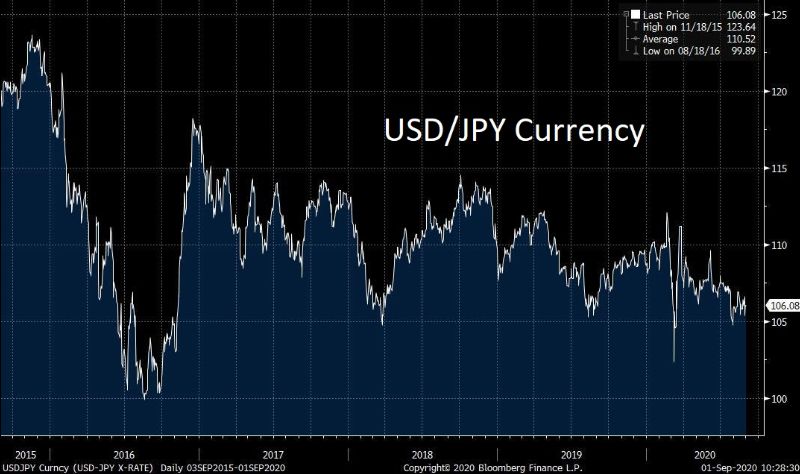