Rates reverse course, end lower as acceleration in new COVID-19 cases weighs on sentiment. After rising alongside equities for the majority of the day, rates reversed their direction when fears of additional lockdown measures returned. California, a current virus hotspot, elected to stop all indoor dining while LA country announced all schools will remain remote through the next year. US virus cases are just shy of 3.3 million with fatalities crossing 134,000. Equities also gave back gains, the S&P 500 and DJIA falling 0.9% and rising 0.1% respectively. The 10-year Treasury yield fell to 0.62% after trading as high as 0.66% on the day. 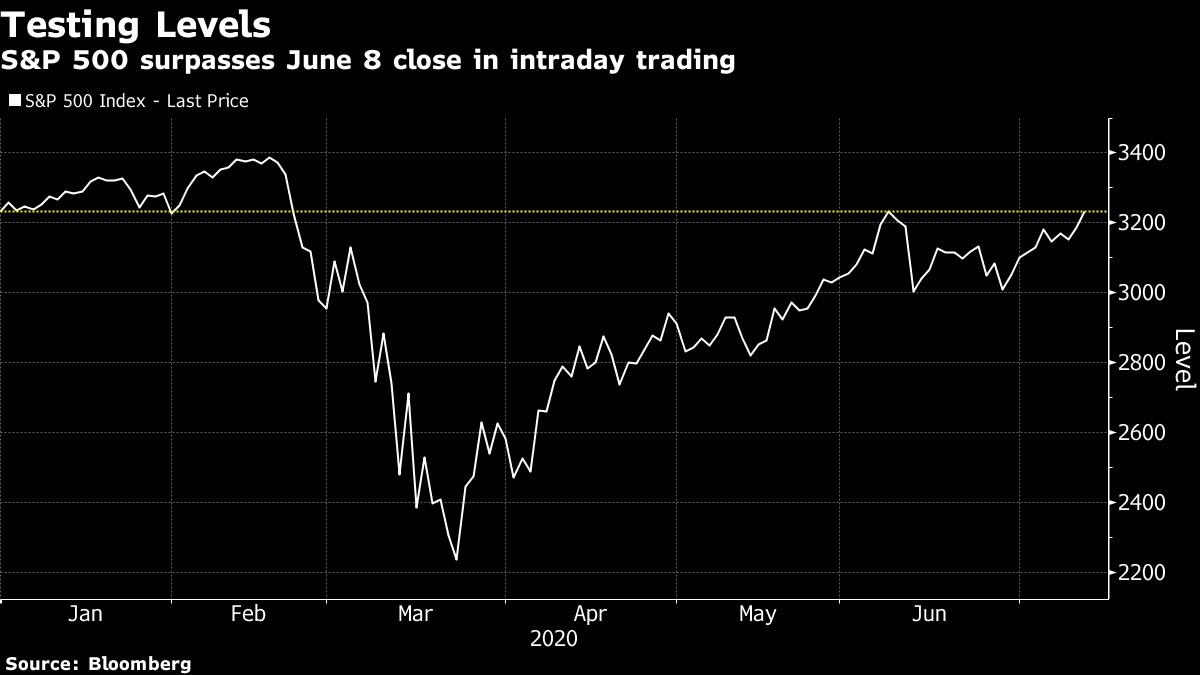 Earnings season kicks off with JPMorgan, Citigroup, and Wells Fargo. JPMorgan was the first to report second quarter results, reporting increased revenue of $33B- driven by increases in revenue at all business units with the exception of its consumer unit (where revenues are down 9% YoY). Second quarter profit fell 51% to $4.7B, driven mostly by provisions for bad loans which rose dramatically to $10.47 billion – much higher than estimates. CEO Jamie Dimon forecast the economy will recover in the second half of the year, but added, “despite some recent positive macroeconomic data and significant, decisive government action, we still face much uncertainty regarding the future path of the economy.” Citigroup joined JPMorgan is reporting higher Q2 results which also beat analyst forecasts. Revenue was up 5% from last year, but net income was 73% lower in 2020, driven mainly by a large provision build. Net credit losses were up 12% from last year, a direct result of the pandemic. Wells Fargo in turn posted a quarterly loss for the first time since the financial crisis. S&P Global estimates that U.S. banks will suffer credit losses of $2.1 trillion over the next year. 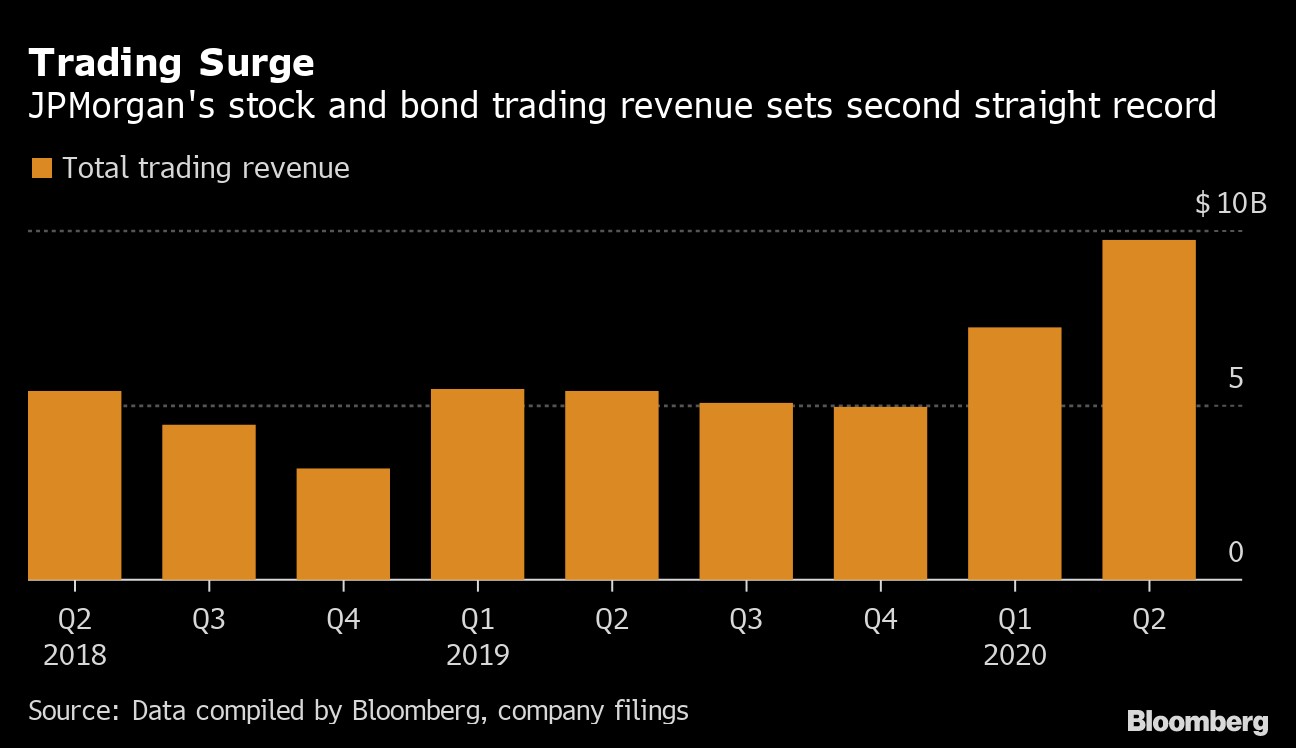 CPI rose by 0.6% in June.  After falling for three consecutive months, core CPI which excludes food and energy was unchanged at 1.2% last month.  The rebound in headline CPI was mainly driven by gasoline and food prices rising in June.  In 2019, the Fed cut their benchmark rate three times as price gains were falling short of the Fed’s 2% inflation target. This modest CPI rebound could signal an end to the last few deflationary quarters. 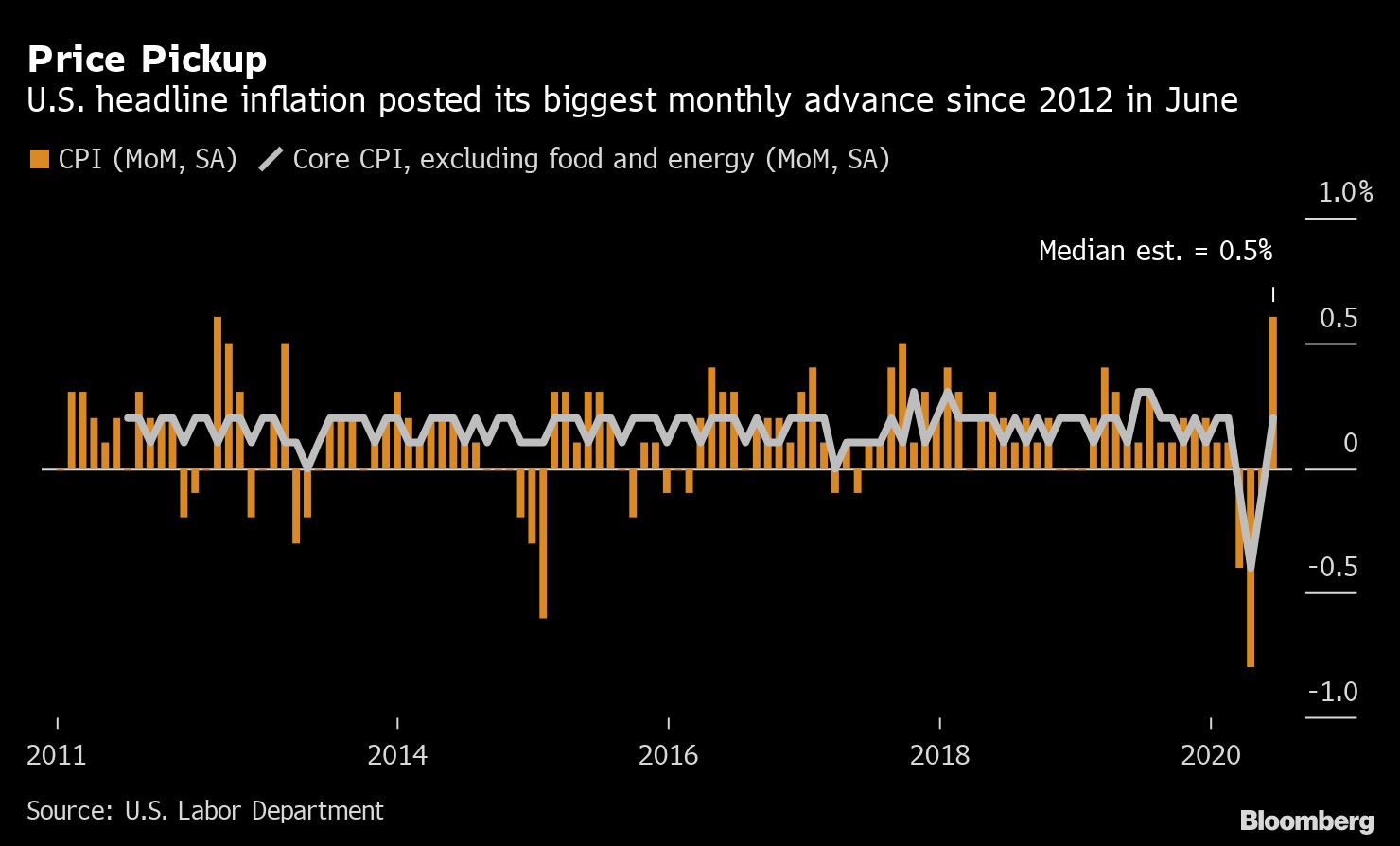