Equities extend gains for third straight day. News surrounding Moderna Inc.’s COVID-19 vaccine pushed equities higher yesterday afternoon, as the company reported all patients tested produced antibodies in their initial trial. The update comes as the virus continues to spread in US hotspots, with Florida reporting another one-day record and Arizona hitting the highest number of cases in over 10 days. Led by rallies in the energy and industrial sectors, US stocks surged — the S&P 500 and DJIA closing 1.3% and 2.1% higher. Treasury yields and swap rates traded sideways throughout the day, while the US dollar sank to its lowest level in over a month. The 10-year UST yield is currently near 0.65% (+3bps this AM), with risk assets on the rise again on the back of the vaccine news. 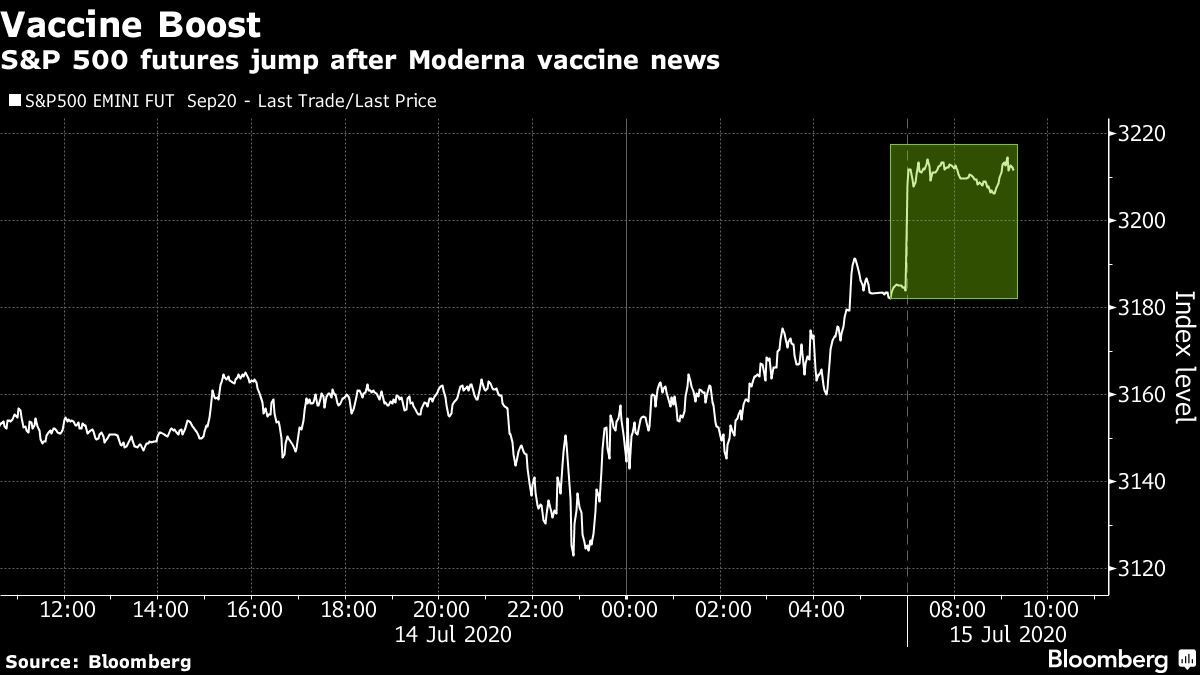 Bank earnings season continues with Goldman Sachs. Beating market forecasts by a long shot, Goldman Sachs reported $13.3 billion in revenue – driven largely by their trading and investment banking divisions. Continuing the reserve-build theme shared amongst its peers, Goldman put $1.59 billion aside for potential loan losses. Each of the four big banks that have released earnings this week (JP, Wells, Citi, GS) reported large sums of money set aside for the expected spike in loan defaults due to the pandemic, driven by spikes in unemployment and a loss in consumer confidence. 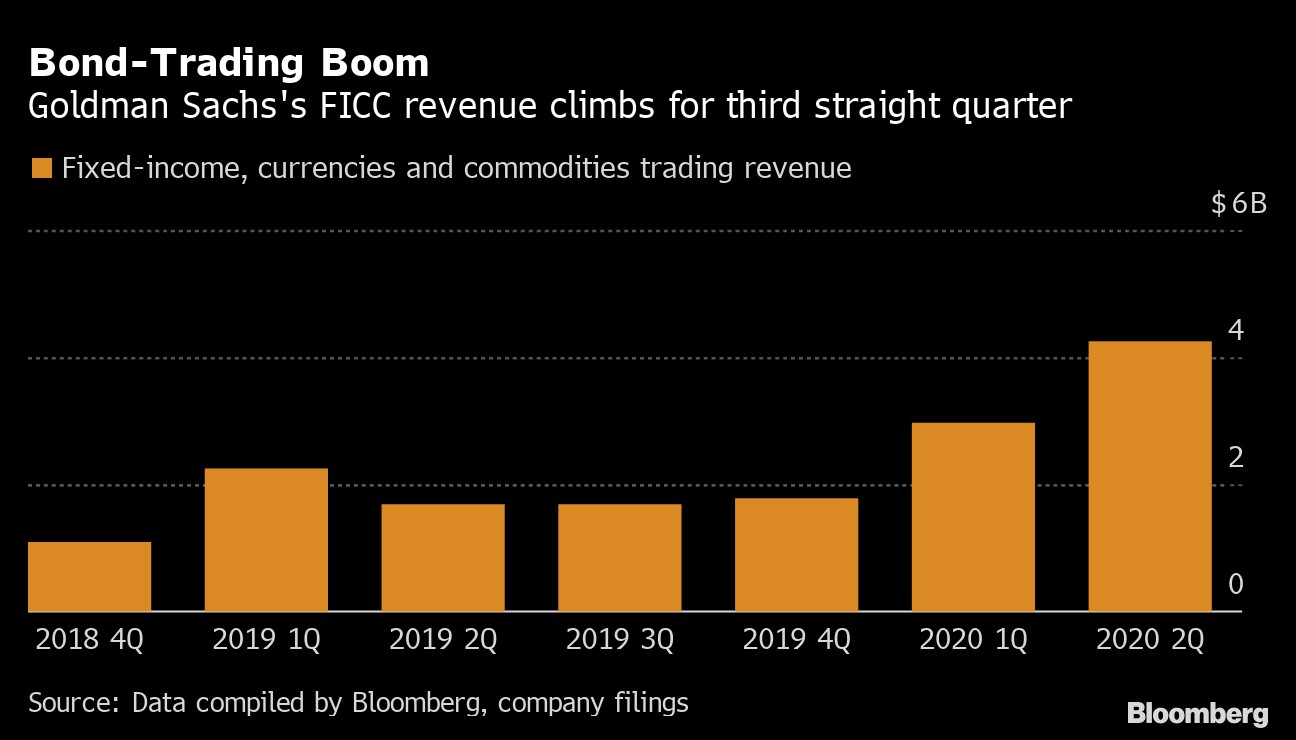 Fed officials are concerned about economic growth. With Tuesday once again chock full of Fed speakers, the common theme remained uncertainty about the path ahead. Fed Governor Lael Braindard suggested the Fed should increase their asset purchases for a “sustained” period of time in addition to forward guidance to encourage a quicker economic rebound. Data published on Monday showed that the fiscal deficit rose past $2.7 trillion last month as the US government increased its spending to fund virus relief programs. With businesses adjusting to a longer recession than originally anticipated and unemployment benefits expiring in the near future, Richmond Fed President Thomas Barkin predicts that the unemployment rate will rise despite falling the past two months. St. Louis Fed President James Bullard remained a bullish outlier among his colleagues, forecasting unemployment will drop sharply in the coming months. He believes if employers recall workers that were laid off due to the pandemic, the unemployment rate could decline to 4.5% within the next six months. Despite the fact that risks “remain substantial,” he believes the second half of 2020 will reveal “a more normal looking US economy.”