US equities fall for the first time in four days as investors grow antsy about US-China trade negotiations. No news is bad news it seems, the S&P 500 falling 0.30% yesterday as markets anxiously await an update on a phase one trade agreement between the US and China. This morning there are new reports that the US won’t impose its scheduled December 15th tariffs on China, helping US equity futures rise to start the day. 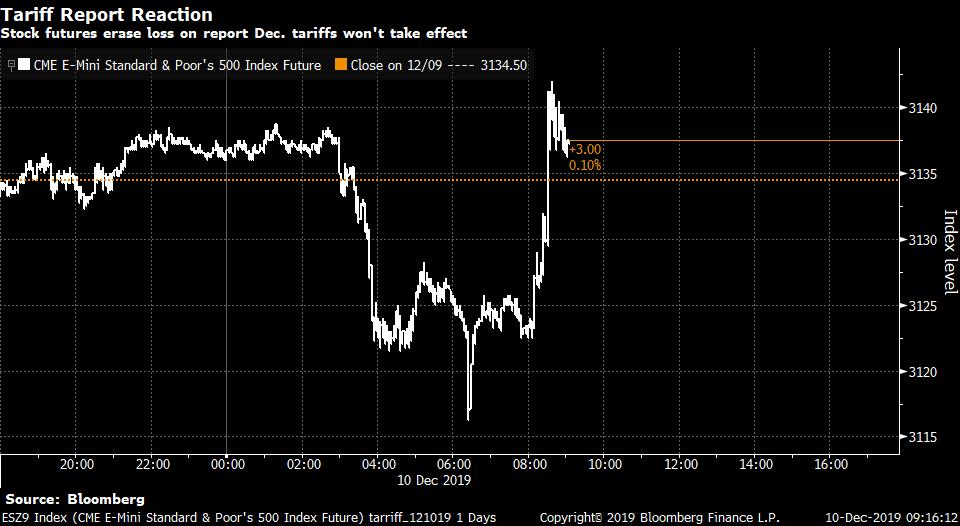 Treasury yields and swap rates fell across the curve yesterday ahead of the FOMC two-day meeting and the U.S.-China tariff deadline. The 10-year Treasury would ultimately fall 2 basis points to close at 1.82%, short-term rates remaining largely unchanged. As we approach the end of year there is also increased focus on the Fed’s term repo operation, which continues to lend tens of billions of dollars into the overnight lending markets in an attempt to prevent the liquidity crunch seen earlier this year. Thus far, short-term rates remain under control, but markets will be looking for a permanent solution from the Fed later this year. 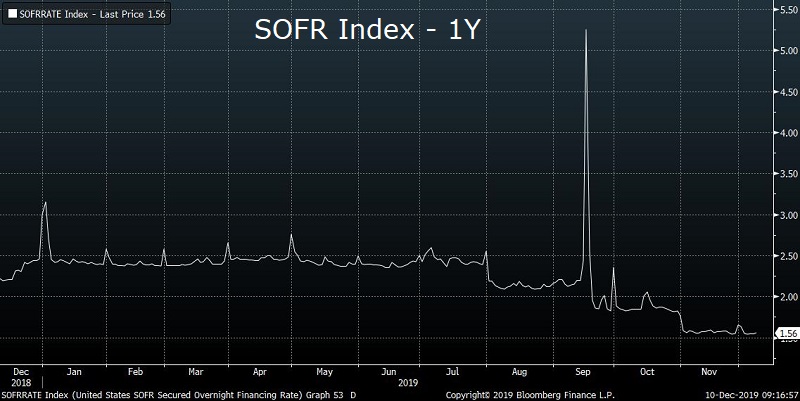 Day ahead. This morning’s nonfarm productivity data showed productivity decreased by 0.20% in the third quarter, below estimates that had called for a contraction of 0.1%. Productivity growth is typically seen as a prerequisite for higher inflation, this latest data suggesting inflation is likely to remain muted for the foreseeable future. The two-day FOMC meeting also begins today, the Fed’s official rate decision and press conference coming tomorrow. Later today, the House Judiciary Committee is expected to draft articles of impeachment against President Trump to address the allegations that he pressured Ukraine to investigate a political rival- an event long expected (and largely ignored) by markets. If the House votes to move the case to the Senate for a trial, two-thirds of the majority would be necessary to convict President Trump.