Treasury yields and swap rates recover to finish higher on the day after being down 10+ basis points. Treasurys initially rallied in response to surprise rate cuts in Asia and a steep fall in German industrial production. However, the risk-off bid petered out following a weak Treasury auction in the middle of the day, and Treasurys would ultimately close lower, yields rising 2-4 basis points across the curve. The story was the same in swap rates, 10 year swap rates at one point falling 13 basis points before climbing back to finish virtually flat on the day. The MOVE Index- a popular measure of interest rate volatility, has climbed to 79- a level it has breached only once over the past two years. 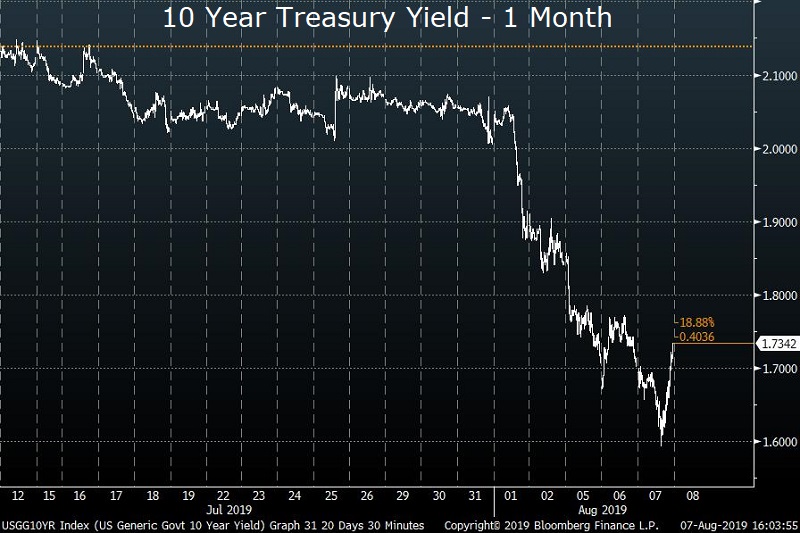 US equities stage late rally to end the day nearly flat. US equities looked to be headed for another negative session before following rates back higher, the S&P 500 fighting back to finish up 0.1%. The VIX or “Fear Index” remained contained, falling marginally to 19.5. Elsewhere in risk assets, crude hit a low of $56/barrel on concerns about slowing global demand, but bounced back slightly amid reports Saudi Arabia and OPEC could act to stabilize prices. 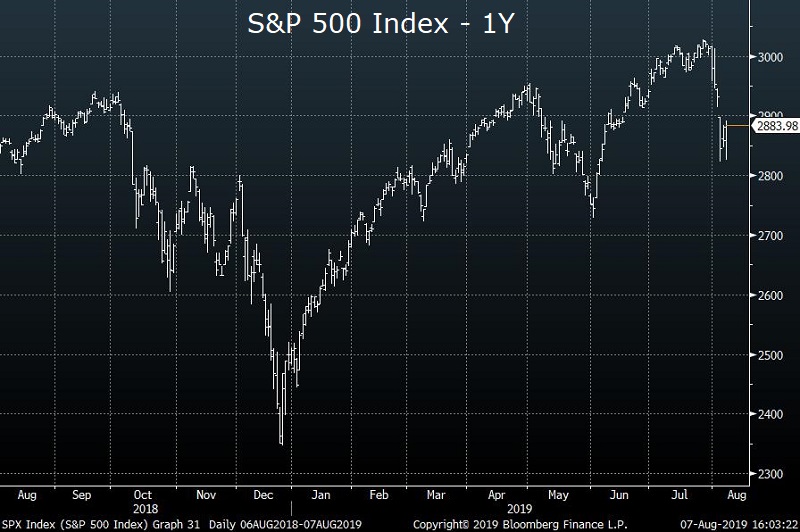 New Zealand, Thailand and India become latest countries to cut policy interest rates. International central banks followed in the Fed’s footsteps this morning, as New Zealand (-50bps), Thailand (-25bps), and India (-35bps) all made cuts to their respective benchmark borrowing rates. Each of the rate reductions were more severe than the forecasts of financial markets, a sign that global economies are gearing up for a strong fallout from the trade tensions. The ECB is anticipated to be the next central bank to ease policy, especially after German industrial data released today was at its worst level in a decade, sending bund yields to a new record low during the trading session.