Fed criticized for sowing confusion in markets as rate decision approaches. President of New York Fed, John Williams, laid out a case yesterday for aggressive rate cuts in low interest rate and low inflation environments. Those comments, coupled with a dovish speech from Vice Chair Richard Clarida led markets to speculate that the officials were guiding markets to expect a 50 basis point rate cut at the next meeting–sending Treasurys soaring. This morning, the Fed felt compelled to clarify that William’s comments were “not about potential policy actions at the upcoming FOMC meeting” which in turn sent Treasurys falling back to earth and pushing yields higher by 3 – 6 basis points cross the curve. The confusion typifies the communication challenges facing the Fed and sets the stage for further volatility as the next rate decision approaches. Fed funds futures now imply a 81.5% likelihood of a single 25 basis point rate cut and a 18.5% likelihood of a 50 basis point rate cut at the July 31st FOMC meeting. 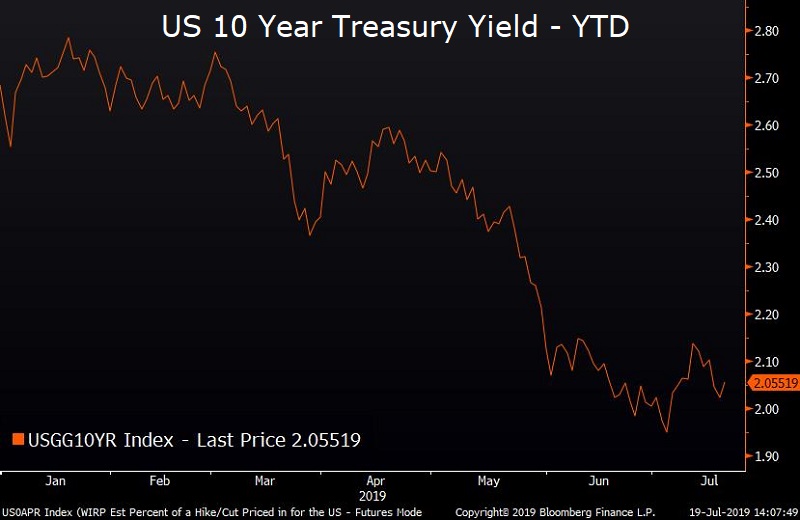 Iran seizes two British tankers, leading to condemnations from UK and the US. The seizure of the two vessels in the Strait of Hormuz marks yet another escalation in tensions in the region and comes less than 24 hours after the U.S. shot down an Iranian drone in the strait. How the US will respond remains to be seen, but President Trump said he would be “speaking to the UK” and that Iran was “trouble, nothing but trouble.” US crude rose to $55.7/barrel. 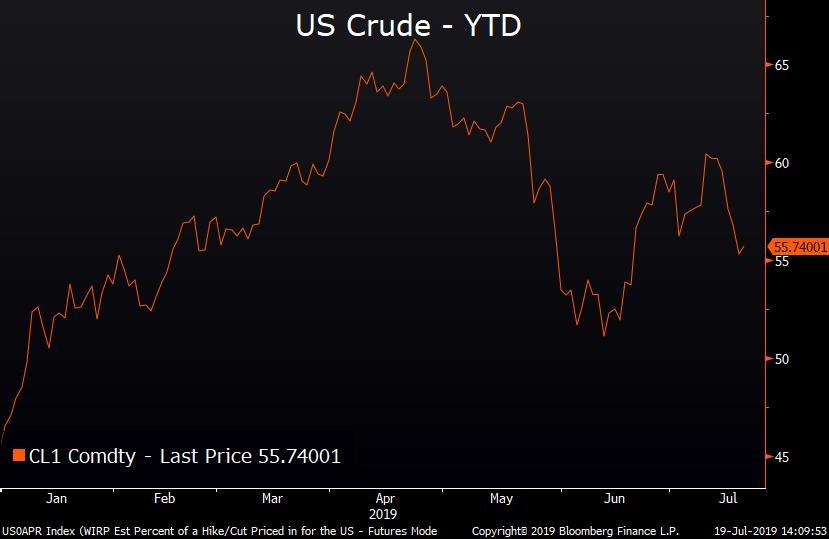 Unsettled equity markets fall on Iranian tensions. The S&P 500 and Dow Jones Industrial Average fell 0.62% and 0.25% respectively, ending the worst week for US stocks in about a month. The VIX or “Fear Index” rose nearly a full point but remains well below the highs established earlier this year. Earnings season has been mixed thus far for US companies and will be the main focus of investors next week as the Fed enters its pre-meeting blackout period. 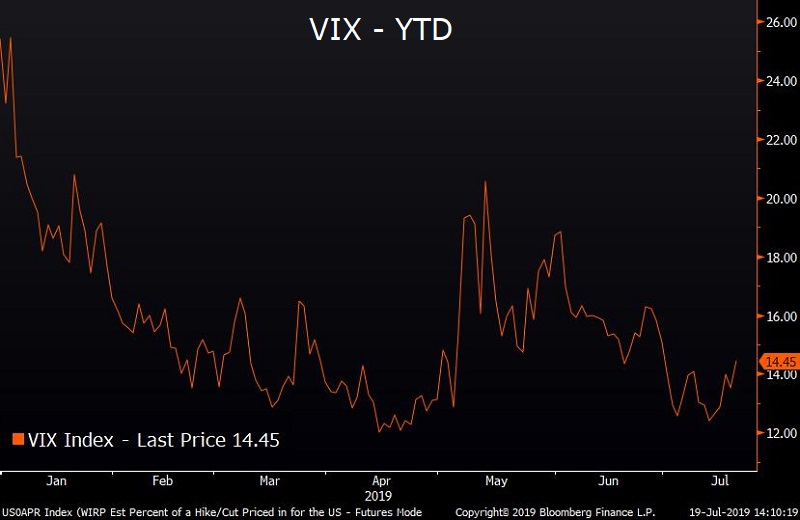