Rates jumped higher despite stimulus talks reaching a stalemate.  After Democrats and the White House met last Friday, stimulus talks have yet to resume.  Senate Majority Leader Mitch McConnell commented, “I think it’s time for everybody to get back to the table, and let’s get a deal done.”  Risk assets got off to a hot start with news of the new Russian virus vaccine but lost stream closer to the end of the day.  The S&P ended a seven-day streak, falling 0.8% on the day.  The DJIA and Nasdaq also fell 0.4% and 1.7%.  Treasury yields and swap rates rose dramatically on the day — the 10-year closing 6 basis points higher at 0.64%.  Rates are trading 1-5 bps higher this morning. 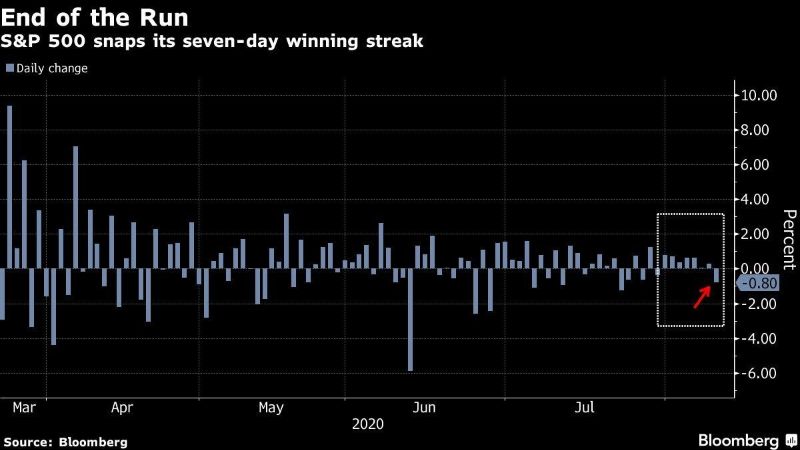 Joe Biden selects Kamala Harris as running mate.  The historic nomination was announced after market close on Tuesday.  Biden and Harris are set to appear together for the first time on Wednesday to deliver remarks. The presidential election has been an afterthought for markets amidst the COVID-19 pandemic- and while 10-year swap rates have historically rangebound in the weeks leading into an election, volatility typically returns after election date – particularly when the presidency changes hands: 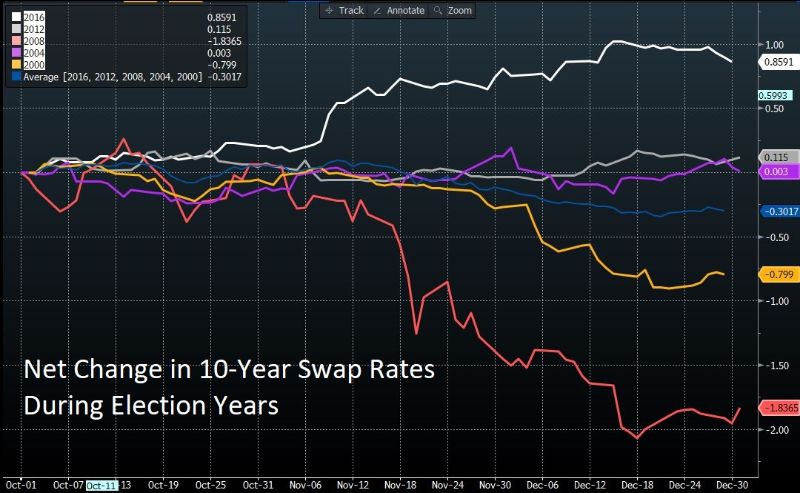 Core CPI rose 0.6% in July, the largest increase since January 1991.  The rise comes after the core CPI rose 0.2% in June, ending a record low three-month streak.  The July increase, which beat economist expectations, was driven by increases in the index for motor vehicle insurance, shelter, communication, and medical care.  The food index, which had been rising steadily since April 2019, dipped by 0.4% in July, but was offset by rises in other sectors. 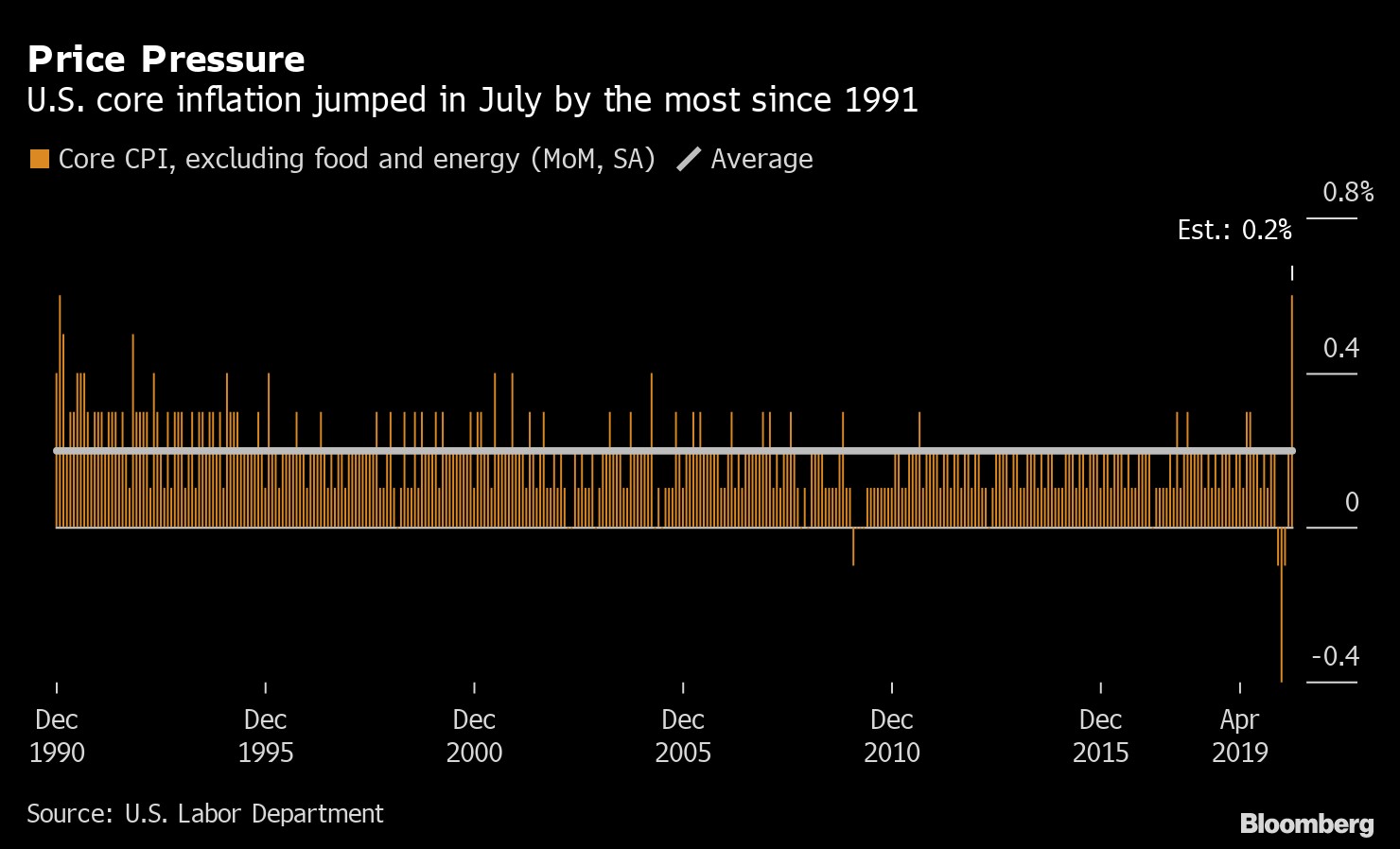