Fed signals rates will stay at current levels till at least 2023.  In the FOMC announcement, the Fed revealed that they plan to keep rates at near zero levels until they achieve their dual mandate, ensuring the labor market reaches “maximum employment” and inflation ”is on track to moderately exceed 2% for some time.”  The new dot plot forecasts no rate hikes through the end of 2023, with only 4 of the Fed officials expecting a hike.  Fed Chair Jerome Powell clarified the forward guidance is contingent upon the pandemic and how quickly the US releases a vaccine.  To encourage a quicker recovery, the Fed plans to continue buying at least $120B worth of Treasurys and MBS.  Powell also called on Congress to provide more aid to fast track the economic rebound, adding that it makes “a critical difference.”  Overall, Powell’s tone remained cautious, adding that despite the current rapid recovery, economic activity still sits “well below” pre-pandemic levels.  After his comments, Treasury yields and swap rates rose – the 10-year rising 2 bps, although that move has been erased by this morning’s price action.

Initial jobless claims fell to 860,000 for the week ending September 12th.  The level met economist expectations, falling from last week’s 884,000.  The figure dragged the 4-week moving average down to 912,000.  The fall in claims comes just as the Fed revised their unemployment forecasts 2% lower for Q4, projecting the figure to fall somewhere between 7%-8%.  Due to the pandemic, the unemployment rate peaked at 14.7% in April and has since fallen to 8.4% in August.  Fed officials expect the decline to continue over the next few months to eventually average out at the new 7% forecast. 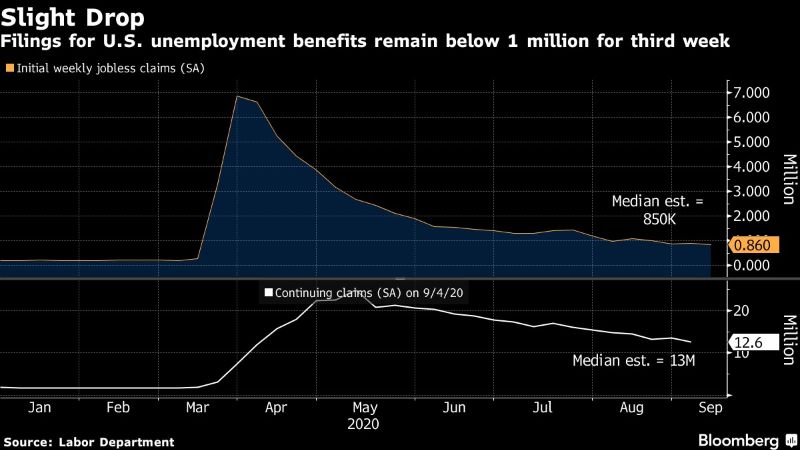 Risk assets fall after Fed meeting.  Powell’s hesitancy of whether the speedy economic recovery will continue caused major indices to close lower, dragged down by big tech firms.  The S&P 500 fell 0.5%, ending its three-day rising streak, while the Nasdaq closed down 1.25%.  The DJIA was the outlier, ending its fourth straight day of gains 0.1% higher. Futures point to a sharply lower open. 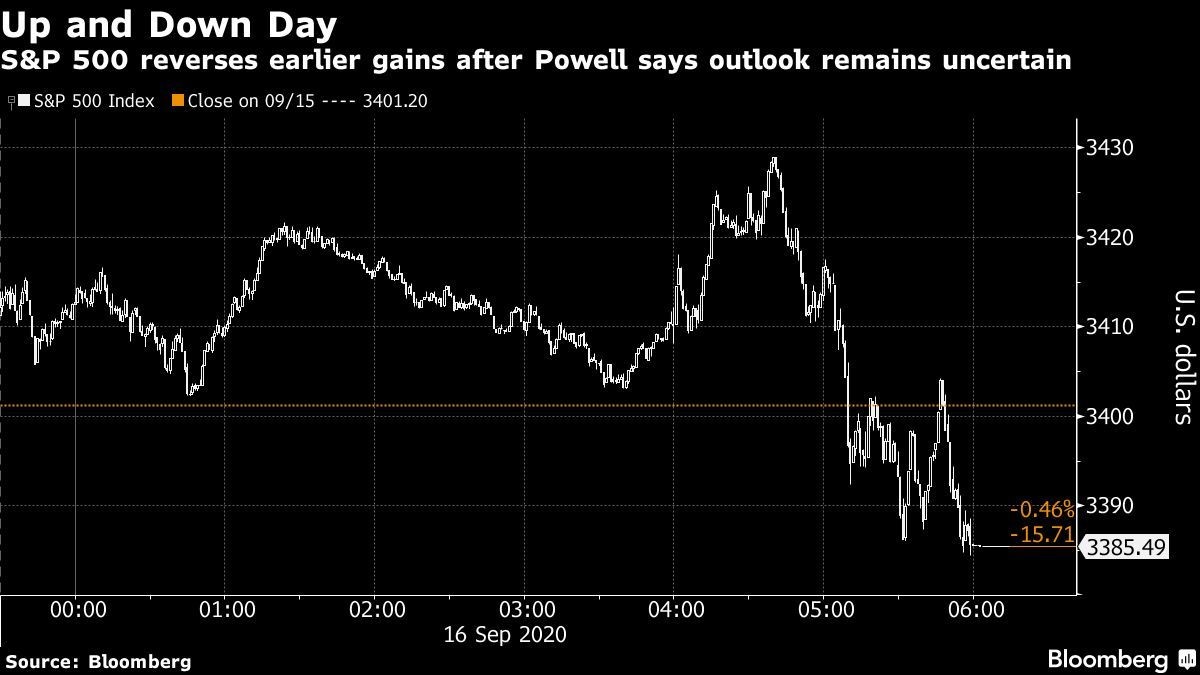